Many individuals, guitarists, music fans or otherwise often state Jimi Hendrix as being arguably the greatest guitarist ever. Guitar Jar questions this statement, wondering if Hendrix would have claimed this title if he hadn’t have died at the peak of his career.

There’s no doubt about it; Hendrix could play the guitar brilliantly. For some of the Guitar Jar visitors reading this, you may have witnessed Hendrix in full flight, hearing him push his Fender Stratocaster and Marshall stack to the limits.

Hendrix, in my mind, was a fantastic blues guitarist, who embellished additional styles and techniques into his repertoire. From an early age, it seems he was destined to achieve great things on his instrument; from having the opportunity to play alongside Little Richard, The Isley Brothers and Curtis Knight through to being spotted in Greenwich Village by Animals bassist, Chas Chandler, whilst playing a slow rendition of “Hey Joe”.

Once Hendrix arrived in the UK under Chas Chandler’s musical wing, it wasn’t long until word about him spread. Many musicians of the day were knocked sideways by his guitar playing ability and sheer showmanship, and he quickly gained a positive reputation from both musicians and the general public alike. Apparently, even Eric Clapton was blown away by Hendrix’s version of Howlin Wolfs “Killing Floor” and subsequently worried if his newly adopted title of “god” would be taken away from him.

The rest they say is history and without going into too much detail about the musical journey Hendrix embarked, you could argue he died at the peak of his career, just as his musical flavours were beginning to take a new direction.

A new generation of “better” guitarists? 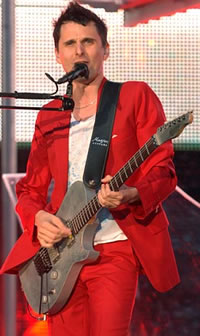 There’s no doubt that since Hendrix’s death, there’s been an influx of guitarists across the world that seem to have a far greater technical ability on their instrument.

There’s a wealth of guitar talent in our local communities who are arguably more technically gifted than Hendrix. In the recent Guitar Jar Podcast, we talk about the talent seen at local Open Mic Nights across the country. At one particular Open Mic Night I attended, an acoustic guitarist just 6 feet in front of me played some of the most amazing guitar I’ve EVER heard. He was incredible, but sadly may never get the recognition by the mainstream public that his talent truly deserves.

There’s obviously been an array of guitar talent in the mainstream music scene over the past 4 decades that could be considered as more technically gifted, or “better” than Hendrix. Yet, despite their seemingly technical prowess, these guitarists often tip their hat towards Hendrix; the melodic runs of May, the solid riffs of Iommi, the rawness of Page, the theatrical embellishments of Van Halen, Satriani and Vai to name just a few, all seem to have a hint of Hendrix in their playing style.

Even in the 21st Century, guitarists such as Matt Bellamy seem to dish out a plateful of fuzz & energy to adoring crowds; all of which was done by Hendrix some 40 years prior.

No one will know what Hendrix may have achieved if he hadn’t of died so young. Recent releases of “unheard” material shows Hendrix still trying to figure out his new musical direction. Maybe he would’ve been like Santana – still playing and releasing albums, but not necessarily inspiring the imaginations of the guitar playing public (sorry Santana!).

Personally I don’t think Hendrix is overrated. For one reason, the countless numbers of guitar players, mainstream or otherwise, who still learn his riffs, copy his playing style and showmanship, just goes to show what a legacy he has.

For me though, what I enjoy about Hendrix’s guitar playing is how fluid he was; the energy he played with was incredible, flowing effortlessly across the fretboard, playing with true emotion and attitude. Although his lead guitar playing was sublime, it’s his rhythm playing that really floors me.

A prime example of why Hendrix can be so highly regarded can be summarised in his live performance of “Machine Gun” which is featured on the “Band of Gypsys” album. This is my favourite Hendrix album, and the song itself is one of the finest pieces of live electric guitar playing you’ll ever likely to hear; packed full of emotion, rhythm and energy.

His legacy, the way his music and guitar playing still influences the guitarist community today, and the incredible musical gift Hendrix had makes me draw my own personal conclusion that Hendrix isn’t overrated – sure, there are many who are more technically gifted, but Hendrix just had that “something extra”…

Would Hendrix have had such adoration and respect from the guitar playing community if he hadn’t of died in the peak of his career? What are your thoughts? Have your say below.