How should we be listening?

This article was submitted by Guitar Jar contributor: Caroline Bell

Is there an art to listening? Guest writer Caroline Bell takes us through her personal experience of listening to music, referring to Laura Marling’s critically acclaimed folk album, I Speak Because I Can.

…when I start to listen, I open my ears and mind and let the music take over… 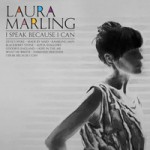 Laura Marling seems to be up there in opinions as well as the charts as a well respected female singer-song writer, so I’m going to refer to her recent album I Speak Because I Can.

How do albums appear before you? Are you directed by musical reviews, influenced by friends or do you take leads from the radio?

Either way it doesn’t matter, certain albums will find their way to you. So for this reason, they deserve the attention that they require. Not only because of the blood, sweat and tears the artist(s) have put in, nor even the bearing of their soul, no, for pure selfish reasons… indulgence.

Laura Marling was first introduced to me this summer by a close friend of mine. It was a bright sunny day and, I was rallying around in my car on an errand run when I first put the CD on in my car stereo, and Laura’s mournful folk immediately jarred with my upbeat mood.

So although initially taking a ‘Tuesday afternoon hatred’ to Laura, I secretly knew this was a good thing, I could tell it was going to be a ‘grower’, and music like that tends to hold my interest a lot longer. Radiohead, Simon and Garfunkel, PJ Harvey and The Smiths are a few examples.

So I took Laura Marling outside of my chaotic lifestyle and into an appropriate chilled evening setting, I sunk into my favourite sofa, blocked the world out with my Sennheisers and listened. Listening is a broad term for something that’s quite complex. Is there a right or, worse, intellectual way to listen?

…is there a right or, worse, intellectual way to listen?…

We can find enjoyment or meaning from songs through the lyrics, the message of the artist, the resemblance to our social or political times, the piecing together of the musical elements, the way a particular instrument or instruments are played, similarities to other songs of a particular genre or even the influences brought to an artist/album. The list could go on. Listening experiences vary according to the perspective of the listener whether you’re a music reviewer, musician, music theorist, an avid music fan or an everyday listener.

When I first heard I Speak Because I Can

it took a few plays to really connect with the album, and soon after it developed into one of my monthly obsessions.

The song I connected with the most was ‘Blackberry Stone’.  To me it’s a beautiful song about accepting what is and not giving up on the world. The lyrics to this song, like many of Laura’s songs, don’t make apparent sense, but I’m not sure they are supposed to. Do we have to find meaning in all art forms? Didn’t Foucault end traditional ‘meaning’ anyway, leaving us in the 21st century to purely be ‘entertained’? I find that just one or two lines in her songs capture me, and that’s all I need. The one line in Blackberry Stone that sums up the song for me is: ‘for I couldn’t turn my back on the world that I liked, it wouldn’t let me’. 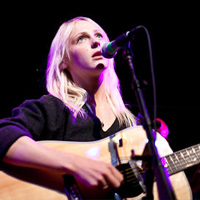 Placing myself in between an avid music fan and an everyday listener my listening is mainly about how I connect with songs. When I start to listen, I open my ears and mind and let the music take over.  I decide unconsciously whether I enjoy the song. You could say it’s the rhythm, melody and tone that decide this, or you could say it’s a combination of the above, or even none of these.  The lyrics are always the last thing I listen to.

Often we can understand songs through the lyrics and some songs do ask us to pay particular attention to the lyrical content. Words hold a lot of power; however, I often find my musical satisfaction in the melodies.

Even though Laura’s songs are lyrically rich, I still find myself getting lost in her music and often forget to pay attention to the lyrics to discover the meaning of them. Although, listening isn’t only about using our ears as other senses come into play.

I Speak Because I Can has a few phrases that powerfully stand on their own such as; ‘So I asked him how he became this man, how did he learn to hold fruit in his hands…’,  ‘Well I own this field and I wrote this sky and I have no reason to reason with you’ and ‘When you’re running up the highway singing I’m the king, the king of you all, when you look back to where it started I’ll be waving you on’.

This review isn’t so much about I Speak Because I Can; there are plenty of other reviews out there that will dissect the album from a rich musical perspective. It’s more about taking notice of the things around us and really listening; to help, guide or entertain us at a particular time in our lives.

This article was submitted by Guitar Jar contributor: Caroline Bell