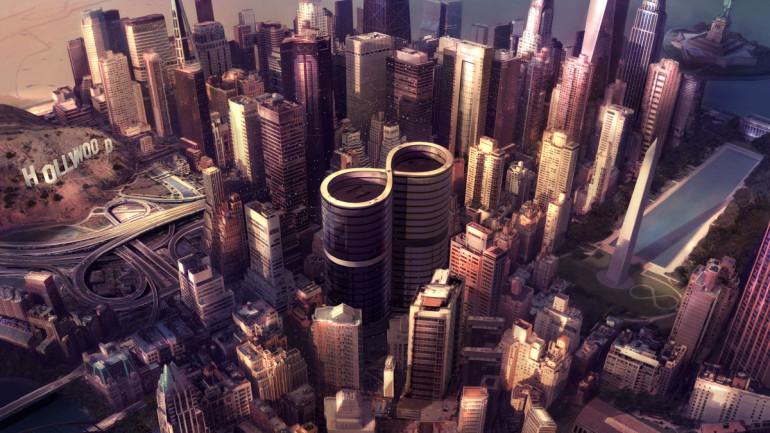 As a guitarist and all round fan of music, I love nothing more than watching a good music-focussed documentary (or “rockumentary”!).

Friday evenings usually finds me with a glass of wine in one hand whilst Tweeting with the other about the musical programs served up that night on BBC4. Whether watching repeats of “The Old Grey Whistle Test” or discovering more insights about an obscure artist or album, the combination of music and visual stimulation perfectly strikes a chord (no pun intended) with me.

I’ve been an admirer of the Foo Fighters since their conception some 20 years ago and my appreciation of their music has grown increasingly overtime with my personal favourite albums being “Echoes, Silence, Patience & Grace” and “Wasting Light”.

Having been aware for some time of the imminent release of their eighth studio album “Sonic Highways”, there was no question in my intention to purchase the album – but when I was to make the purchase was uncertain.

My decision was accelerated significantly after being made aware that front-man Dave Ghrol had directed eight documentaries to support the eight tracks on the album, with half of these to be broadcast by the BBC.

The concept of Sonic Highways is simple. Each track pays homage to a city in the USA that has been influential to the band as a collective and as individuals with Chicago, Washington D.C., Nashville, Austin, Los Angeles, New Orleans, Seattle and New York being represented, whereby Ghrol provides the viewer with insightful knowledge of the musical, political, racial, and sociological changes and influences that occurred during the recent past.

Interwoven with snippets of the band writing, crafting and recording each respective song, the documentaries provide the viewer with a compelling viewing experience.

Of course content marketing (whether consciously or subconsciously) isn’t new to music and artists, but whether you’re fan of the Foo Fighters or not, I thoroughly recommend viewing the documentaries (try the HBO YouTube Channel) prior to listening to the album.

There’s no question that the supporting documentaries not only impacted my decision on when I would purchase the album, but they also helped to craft a complete listening experience whereby I understand, appreciate the stories and respect each song at a far deeper level.

Taken from the album “Sonic Highways” – Foo Fighters performing: “Something From Nothing”, live on the David Letterman show with guest guitarist, Rick Nielsen.