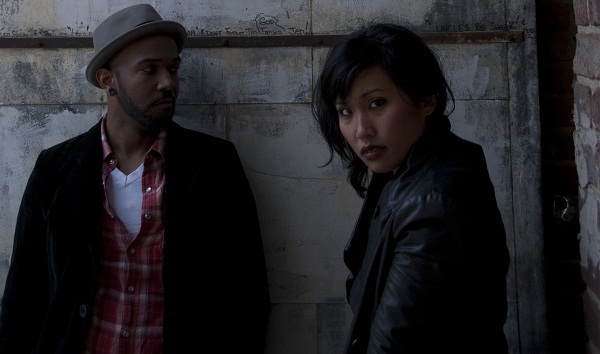 La Fin Absolute du Monde are one of the most interesting bands I’ve come across to come out of the USA.

Their latest EP, “Beginning of the End; Genesis” finds the band developing and embracing their unique, dark-edged sound.

…the listener often can expect a shift in soundscape… 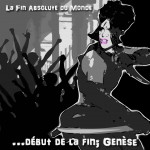 In light of their latest EP, all four of these aspects are embraced in abundance.

La Fin Absolute du Monde have a trademark sound. The title track, “Beginning of the End” starts with a clean guitar intro with an accompanying atmospheric piano and string ensemble, embracing all the characteristics that the band’s ever-growing fan base loves about them.

The vocals are dark, haunting, almost hypnotic, yet intriguing, drawing the listener curiously deeper into the music. Fans of the British band Portishead would relish the vocal production and melodies throughout this EP.

As with most of the music produced by La Fin Absolute du Monde, the listener often can expect a shift in soundscape or tempo, and sure enough, just over three minutes into the song, Jason’s brooding and pulsating overdriven guitar tones add an extra kick in the gut. This is a very atmospheric song, and I’d love to see this performed live.

“Cavalier” is similar to the title track in many ways, but ambient loops have a heavy presence throughout the entire duration of the song. Again, musical changes are afoot, and this track in particular epitomises why I’m a fan of La Fin Absolute du Monde. Just over two minutes in, the loops make way for the overdriven guitars, matched equally by the haunting vocal melody.

“Miike” continues where “Cavalier” left off, embracing ambient pads, loops and vocals on a bed of atmospheric guitar progressions.

If you’re looking for something different to listen to, with a dark, ambient and sometimes aggressive but highly intriguing and curious edge, you can’t go wrong with La Fin Absolute du Monde.

I’d love to know how they perform their music live. If they manage to put across the honest, curious and dark emotions this EP exuberates, they surely have to be a live act to watch as a priority.

UK fans can expect to see them playing in the Bristol area later in 2012 – more details of tour dates and band news can be found on their Facebook page.