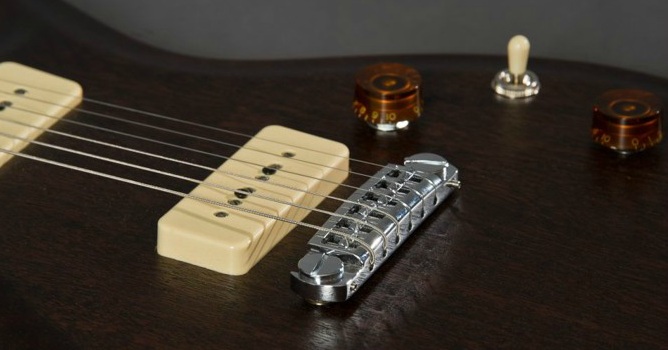 This review was submitted by Guitar Jar contributor: Steve Harrop

I needed a replacement for my ’57 Les Paul Jnr. as some of the gigs were less than salubrious. At the NEC guitar show 2006, I tried a JJ Jewel and bought it on a whim.

Played it at the show and liked it. Got it home and gigged it, but did not get on with it.

I tried it a few times, still not right, then a blues gig in Whitby came up around 2007. Took it as a spare, 15 mins into the gig it just opened up and started to sing and just got better.

I bought a second one last year and the tone pot failed last week. Jeff came up to take it back under warranty and I hope to get it back soon. Gibson don’t do that!!!

Top notch, never let me down. Tone pot failure on second guitar, but not really a problem (see above).

This review was submitted by Guitar Jar contributor: Steve Harrop