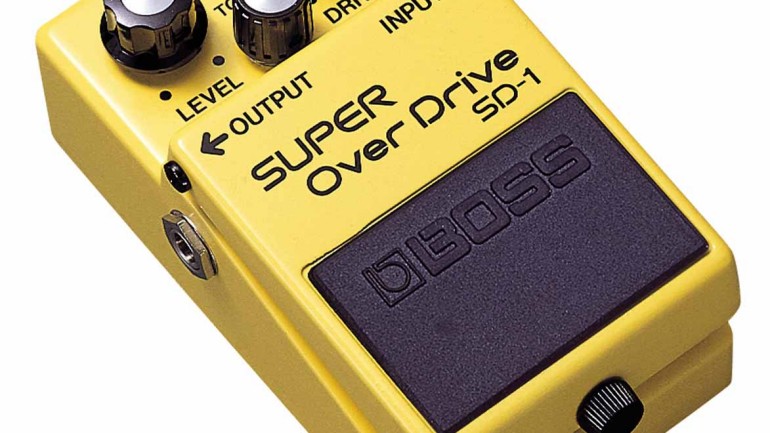 I bought the BOSS SD-1 as an alternative overdrive pedal to the Tubescreamer type. The SD-1 uses asymmetric clipping (as opposed to the symmetrical clipping on a Tubescreamer-type overdrive) and I was looking for a different flavour of drive. Plus, it’s an iconic pedal and it’s a Taiwanese-vintage from 1990. It’s beat to hell but it only adds to the character and it sounds sweet, growls and goes really well with a Vox.

…Plug in, turn on and rock out…

Great – this is what Boss do so well.

An underrated, solid pedal that goes really well with an amp. This isn’t another overpriced, boutique Tubescreamer that is always going to sound great through a top quality amp; the SD-1 is the kind of base tone for rhythm work that sits so well in the mix with a band.

It’s decades old, not a problem with it.

Great, no-nonsense pedal that has a few extra uses – and remains an absolute classic.

This review was submitted by Guitar Jar contributor: Tim