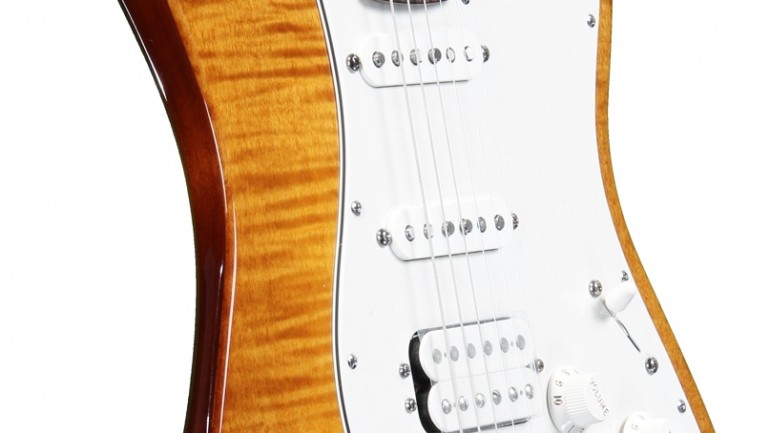 This review was submitted by Guitar Jar contributor: Sandy

My name is Sandy and I have always played a Fender. About 20 years ago I bought myself one in a used music store in Vancouver; a 1966 white Strat with a rosewood board.

…This one guitar made the connection… 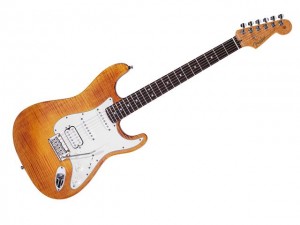 I toured and recorded all over the world with that old girl. A long story short… a couple of years ago I was robbed. Someone kicked in my front door and took my fridge, snow blower, washer and dryer, everything I owned, and yes they got my old Stratocaster.

Without using offensive language I will tell you that it was the equivalent of having my… ahem… manly bits cut off. I went into a serious depression and have searched high and low for that guitar.

Anyways, a couple of years later I started wanting to play again so I started to search for a new guitar.

I played every Strat for sale in Montreal but I could find and nothing hit that special chord with me. Excuse the obvious pun there… really… sorry about that.

So I tried to fall in love with Gibson’s; Les Pauls weren’t doing it.

I kind of decided on a really beautiful hollow body but when I returned to the store it had been sold.

So off to PRS land I went. I found something I could settle with but didn’t pull the pin.

The Suhr are nice too, but again did not get the magic feeling.

I finally went into a little music store outside of Montreal and it was then I first laid eyes of the Fender Select series of guitar.

There are two models of the Strat; one with SSS pickup configuration and one with the HSS pickups. The SSS came with a maple neck but I am a rosewood guy so that was that.

I figured if I did not like the humbucker I would switch it out later.

This guitar is a bit strange for a Strat in that it has a maple veneer on an alder body. I like alder. It just chimed before I even plugged it in.

I do not know the exact specs off by heart but here is the jist of things:

The neck has a double truss and is made out of bird’s eye maple with a rosewood board. It also has Fender locking tuners and with the bar floating… she actually stays in tune. Really! Very strange. My old one stayed in tune too but I had the springs cranked down and broke the bar years before.

So I have changed out the 9’s for light top heavy bottom 10’s and reset the springs and intonation.

I like my strings to be approaching ropes. You have to work a bit harder to hit those notes and cuts down on the guitar Kung Fu I get into with lighter strings.

The neck is also a compound radius which makes things a bit more natural to play.

The fret job was perfect; all notes ring true and not a sharp edge to be found.

The pickups are different too. Maybe not a hot, but man are they smooth. I had some ideas for rewiring but am losing interest in that for now at least.

When I started playing this guitar I finally once again realized why I play a Strat. I pretty much hadn’t touched a guitar since I was robbed so my hands were not in shape at all.  And I was all over that guitar’s neck… when I put it down… I was happy again.

And I knew I was a Strat man. Very easy to play.

It is a Fender. It can fall off the stand and not break.

It can fall and need minimal tuning.

It can bounce around in the back of your truck in the middle of winter and be totally fine.

Not worried about it although mine still doesn’t have any scratches yet. Only a matter of time.

I am happy again. I have always played music and it is a necessary part of me and who I am. This one guitar made the connection.

I did play the same model in a different city and didn’t have the same reaction.  Don’t know why.

Just know I love this guitar.

This review was submitted by Guitar Jar contributor: Sandy