Using the Middle Position on a 3-Way Pickup Selector Switch 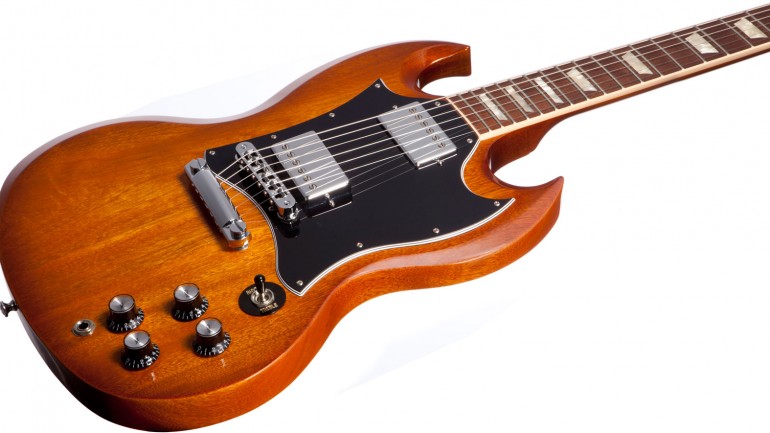 Using a twin humbucker guitar (such as a Les Paul, SG, PRS) may seem a simple task with regards to finding a tone that suits your genre, but don’t be surprised if you find yourself bogged down in your quest for tone.

Traditionally, I’m a Stratocaster player. I cut my teeth on a Yamaha Pacifica and then purchased a lovely MIM Stratocaster, followed by my first “proper” Strat, an American Standard (and now using a ’79 Stratocaster).

As most Strat players would tell you, obtaining a “good” tone (which is subjective!) is relatively simple; you have a 5-way selector switch, hooked up to straight forward volume and tone controls.

In truth, having made the leap from a Strat to an SG a few years ago, I spent many months (if not years) using the SG like I did my Stratocaster; I approached the SG in a “set it and forget it” mindset, disregarding the increased range of tonal options available (two tone and volume controls and a 3-way pickup selector switch).

There’s nothing wrong with the “set it and forget” approach and for many guitarists, that works just fine.

But the set it and forget approach with my SG wasn’t really working for me. I’d been chasing my tone tail for far too long, often having that niggling feeling in my head that “something just isn’t quite right” and that can be disheartening. After all, you have a great guitar, amp and rig, but it’s just not doing it!

Purchasing a Marshall Vintage/Modern (and subsequently its smaller cousin, the Class 5) has done wonders for my approach to playing the electric guitar. Both amps lend themselves to using the full volume/tone ranges of the guitar, letting the guitar do the hard work as opposed to relying on numerous effects pedals.

Even as I became familiar with this approach to playing the electric guitar, the tonal options at my fingertips were still not hitting the spot. Shall I ditch the SG and go full-circle to strictly playing Fenders?

Recently I’ve had a breakthrough. Finally, I’m hearing the “sounds in my head” that’s eluded me since adopting the SG.

By chance, I was just playing around on the SG, experimenting with the tonal sweep available on the neck and bridge pickups respectively, when I accidentally knocked the pickup selector to the middle position.

Boom! I couldn’t believe what I was hearing – the combination of the amp & guitar settings at that moment resulted in such an amazing sound. The chords sounded full, but detailed with a slight edge and the guitar just sung.

I stopped instantly, hurried to find a pen & paper to take note of the volume & tone settings, and they’ve been set the same ever since.

I understand that tone is subjective, but if you’re struggling to get a sound from your twin humbucker guitar, I encourage you to experiment much more with the use of the middle position on the pickup selector.

With both of the humbuckers activated, not only do I have a foundation tone that I’m highly enthused about, but I can flick the switch to the neck position to dial in increased creamy tones, or break into lead lines by switching quickly to the bridge position.

The current control settings on my SG are pretty straight forward, but they do allow for a very flexible approach to playing lead guitar:

From here I have a lovely standard tone, but can quickly flick to the neck or bridge pickups respectively and increase volume/tone for higher gain lead breaks.

But the secret weapon (IMHO) is to leave the 3-way selector position in the middle and blend in more or less neck/bridge volume & tone to taste.

This results in an incredibly versatile sound; without overloading the bass or producing harsh brightness,  but allowing for additional bass/treble in these tonal regions if required.