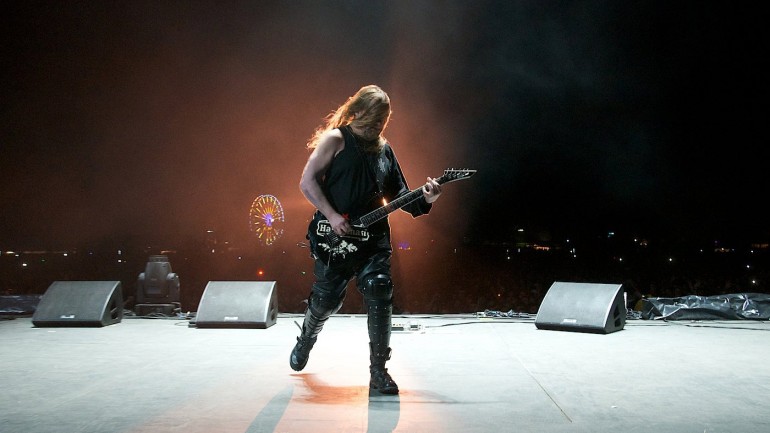 This review was submitted by Guitar Jar contributor and Slayer fan: Jamie 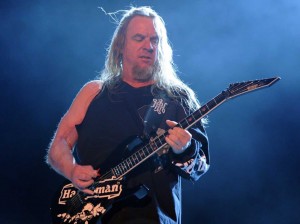 What to say and where to start? Hearing the news of the passing of Slayer’s Jeff Hanneman is certainly going to be a crushing blow for millions of metal fans across the planet!

Before it was really a style, Jeff, Kerry and co. were busy writing what would come to be known as thrash metal at the beginning of the 80’s. Along with Anthrax, Megadeth and Metallica; Slayer would become one of the Big 4. The 4 bands that completely defined thrash and how the musical landscape for metal would sound for the decades that would follow.

Over the years Slayer had collaborated with many artists from Atari Teenage Riot, to Ice T and contributed to other genres as broadly different as hip-hop with Kerry King performing the guitar solo in Beastie Boys’ Fight For Your Right, and Public Enemy’s brilliant sampling of the Hanneman penned masterpiece that is Angel of Death.

Their true forte, and always unsurpassable talents however, always lay with the thrash classics.

Reign In Blood is still the standard by which all new thrash is judged and coming in at 26 minutes for the entire album, as you might guess, all the tracks are fast! Slayer fast!

From a quick personal note, everything written in this article is from my long-term, Slayer fan memories, so I haven’t fact checked anything – if things are slightly off I apologise.

I bought my first guitar because of my love for Slayer and at a time when I thought chords and scales were boring, (I skipped learning those bits), the first things I would be capable of playing on my old Aria Pro 2 would be Mandatory Suicide and Seasons In The Abyss.

They were quickly followed by all the Slayer classics such as Dead Skin Mask, South of Heaven and eventually when I got the speed up; Angel Of Death and Raining Blood.

Essentially, I only ever picked up a guitar because of Slayer’s Jeff Hanneman and Kerry King.

I feel really quite sad but also privileged to say quite literally on behalf of millions of metal-heads world-wide, this is indeed a sad time for metal.

Our thoughts will go to Jeff’s surviving family, both immediate, band brothers, and extended.

As my wife put it: we must remember all of the things that Slayer and Jeff’s music has gotten us through, the times in our lives where we have loved Slayer and amazing times we have all seen them performing where they perform best – live and on stage.

This review was submitted by Guitar Jar contributor and Slayer fan: Jamie