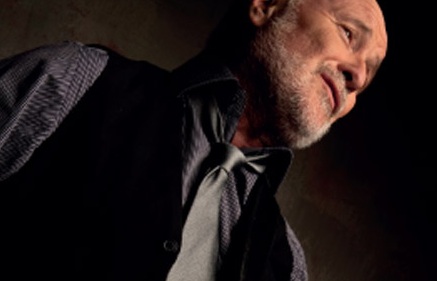 …On August 28, 2012 Jeremy Spencer’s ‘Bend In The Road’ will be released on CD worldwide with a new package design…. 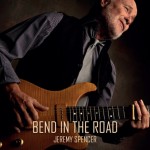 The release packs a “vintage vibe” by way of Jeremy’s handmade touch, fusing his artistry as a consummate slide guitarist, singer/songwriter, interpreter, and illustrator.

His evocative watercolor graces the timeless gatefold cover, recalling enduring albums when records were the sum of their parts and made with consequence. Within is an equally crafted collection of songs coming from the deepest core of his heart. He sounds as authentically tasty and fiery as ever, displaying a far wider guitar palette, insight, and conviction that have continued to evolve since his long absence from the public eye.

In Fleetwood Mac, Jeremy shared the spotlight with reticent star-super nova Peter Green, embodying Elmore James riffs and vocals obsessively and uncannily. He possessed an equal fervor and absolute command of quintessential early rock and roll, personifying personal hero Buddy Holly and his ilk spot on. On ‘Bend In The Road,’ the Elmore and Buddy influences and impeccable blues and rock rendering remain intact and vibrant, while also present is a new collaborative nature.

He selflessly trades guitar licks and support with Brett Lucas (the young Detroit guitarist and aficionado who co-produced the album and whose band augments the proceedings) in the way Green and Kirwan shared on the iconic “Albatross”, the torching “Like It This Way” and the introspective “World In Harmony”.

On the album’s elegant “Merciful Sea”, producer Brett managed to persuade Jeremy to reveal his hereto unsung, intimate, and affecting piano playing for all to marvel. Throughout the full 32 tracks recorded at this time, one can hear an expansive range of influences from Django to Marty Robbins. Jeremy plays effortlessly while seamlessly incorporating these influences and making them his own, as natural and easy of a fit as that of his beloved ceramic slides.

This record is a career culmination of technique meeting soul that has a transcendent, “Layla-esque,” quality. With its escalating and emotive sequence of songs, which are spiritually driven and invested (recalling LPs of yore, but without sounding dated), the album instead sounds intoxicatingly assured, relaxed, and out of the blue resonant.

The Special Limited 2-LP Gatefold Edition released on Record Store Day, April 21st, 2012, contains 17 tracks, 4 of which are exclusive: Jambo, Strange Woman, The Sun is Shining, and Blind Lover (but without the song Homework, which only appears on the CD).

In 2006 Jeremy Spencer released his album ‘Precious Little’, which met with enthusiastic reviews and marked a new beginning for Jeremy after virtually disappearing from the music world for 33 years.