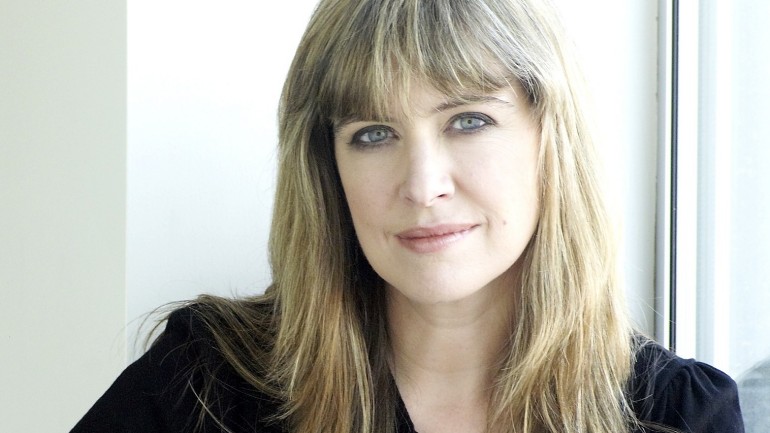 With a new single due out in October and her fourth solo album set for release in February 2015, it’s already a busy time for Sarah McQuaid — and now she’s gearing up for a three-month tour that will see her playing 60 concerts coast-to-coast across the USA and end-to-end up and down the UK. 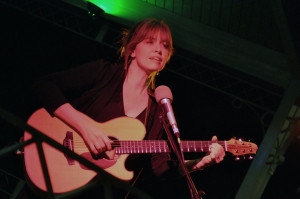 Earlier this year, the singer/songwriter/guitarist travelled from her adopted home in Cornwall, England, to the small town of Cornwall, New York, USA, where she spent three weeks recording the new album.

“I have to admit that it was a bit daunting to be working with a completely new team,” says Sarah. “Even though Adam is my cousin, I’d seen hardly anything of him since we were kids, although I’ve been keeping an eye on his musical career and admire his work tremendously — he’s one of those people who seem to be able to pick up any instrument and play it impeccably, and he also writes beautiful songs. When I found out that he was based in a place called Cornwall, I took it as a sign that we were meant to work together … but I had no way of knowing how it would go.

“And I hadn’t met any of the others before at all, so I was very glad to have Martin with me for moral support! But I needn’t have worried — not only are they all incredibly talented and great to work with, but it actually turned out to be a lot of fun — I don’t think I’ve ever laughed so much during a recording project! I’m really excited about the new album, and I’m also very happy that Gerry O’Beirne, who produced all three of my previous solo albums, co-wrote a song with me for this one, so there’s a bit of continuity there.

“I’m really looking forward to trying out the new material over the next few months of touring. I’ll be aiming to add a couple of pieces from the new album to the setlist for every gig, so that by the time it comes out I’ll be well used to playing all of them live.”

The first single from the new album, an upbeat original song by Sarah called “The Silver Lining,” is due for release in October, ahead of the UK leg of Sarah’s tour.

Her musical output reflects her own eclectic background: Sarah was born in Spain, raised in Chicago, holds dual US and Irish citizenship, and now lives in rural England. Refusing to be pigeonholed, she spans the genres with both her beautifully crafted originals and her interpretations of material from around the globe and down the centuries.

Sarah’s third solo album The Plum Tree and the Rose was released in 2012 and has drawn critical acclaim on both sides of the Atlantic: “Impeccable,” wrote fRoots (UK), while Midwest Record (USA) called it “low key but glorious and incendiary” and Hot Press (Ireland) said it “should feature on many end-of-year best-ofs.” Her fourth album Walking Into White is due out on Waterbug Records in February 2015.