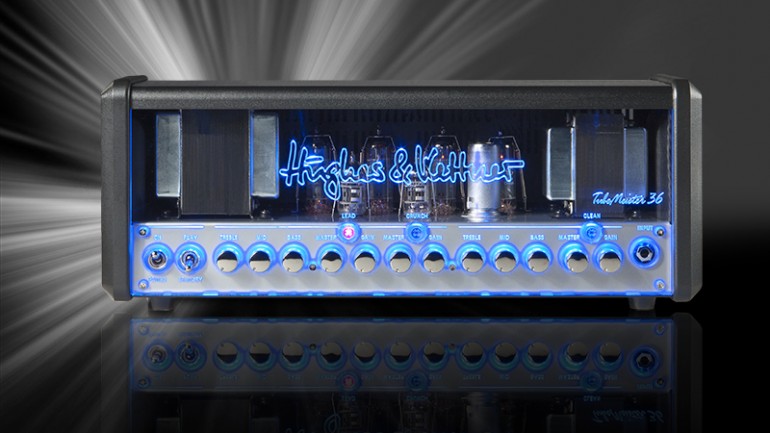 The most powerful Hughes & Kettner Tubemeister so far is now available in the UK.

The MIDI-controllable Tubemeister 36 valve guitar amp boasts a wealth of features that add up to one of the most innovative, flexible amplifiers around.

Three channels, independent gain, master controls and a switchable effects loop are the basis of the Tubemeister. A trio of 12AX7 tubes features in the preamp while the power section sports four EL84s.

But the real power of the Tubemeister 36 comes in the shape of its MIDI capabilities, power soak and Red Box recording output. The power soak allows the TM36 to run at four levels – full power, 18W, 5W or 1W – to suit various live, rehearsal/practice and recording situations. And the amp can also be run silently for late-night recording via the Red Box speaker simulated output.

By enabling MIDI control over the power soak the Tubemeister 36 allows, for example, the Clean channel to be run at full power (36W) for huge dynamic range and then switching to the Crunch channel running at 5W for fat, grinding rhythm tone. A total of 128 combinations of pre- and power amp settings can be stored for massive versatility.

The Hughes & Kettner Tubemeister 36 head carries a recommended retail price of £799. The combo version is expected in the UK later in the year, with RRP TBC.