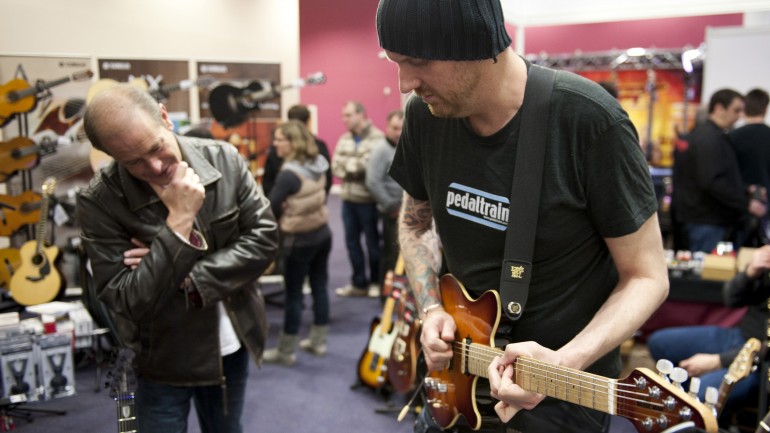 The organisers of the Bristol Guitar Show have announced the date and first confirmed exhibitors for the 2012 event.

…the weekend promises to be a guitar player’s dream…

Show organiser Jason Hunt from UK Guitar Shows Ltd said, “The Bristol Guitar Show has been very warmly received by visitors and exhibitors over the last couple of years, so we’re pleased to be making a return to Ashton Gate for a third time. The weekend promises to be a guitar player’s dream, with some great gear and show deals in evidence, as always.”

For more information and to book tickets visit www.ukguitarshows.co.uk.