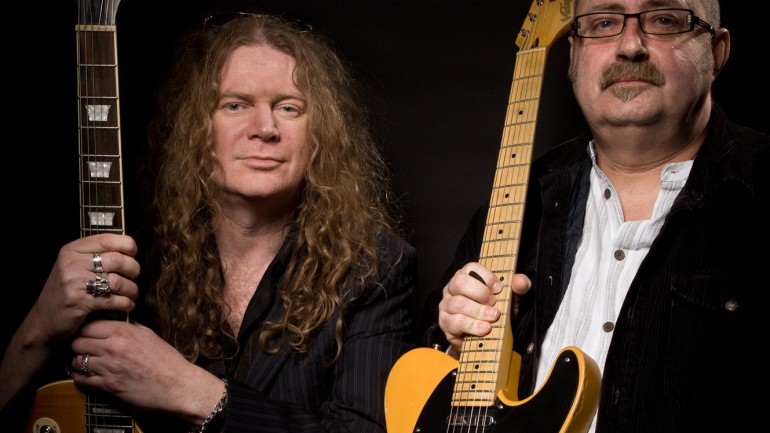 Chris Tsangarides, the award winning producer who has worked with stellar rock and metal artists like Gary Moore, Yngwie Malmsteen, Mountain, Ian Gillan, Judas Priest and Thin Lizzy, has joined the ranks of music professionals who champion the Vintage® guitar brand for their sound and playability. 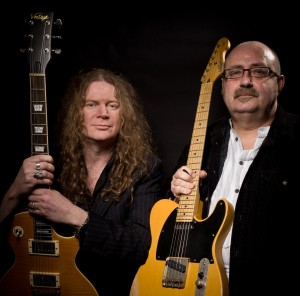 Chris, whose recordings have reached millions of music fans over the decades, first came into contact with Vintage when artists he was producing started bringing them to the studio.

He says: “I first became aware of Vintage guitars due to the Wilkinson pickups they use. I have a band on my label called Snakewater, and Bobby the guitar player came in with a Vintage Icon V100 MRJBM model (£379rrp)… It really surprised me that such an affordable instrument sounded so great!”

So impressed with what he was hearing, Chris went out and bought himself a Vintage ReIssued V60TA (£349rrp) to use with his own band Exmore (which also comprises ex-members of the the New Wave of British Heavy Metal outfit More).

He is currently working with the Quireboys on their new album, where he got to try out guitarist – and Vintage endorser – Paul Guerin’s Vintage Icon V52MRBS (£329rrp) and V100MRPGM Lemon Drop (£429rrp) guitars.

“The sounds we are achieving with the V52MRBS and Lemon Drop on the new Quireboys record are totally stunning,” he says. “Just wait till you hear it!”

Chris continues: “My first outing on guitar and production was when I was recording Gary Moore’s classic track Parisienne Walkways… He showed me some chords and licks and the only guitar we had was the guitar he’d got from Peter Green – and that was essentially what I learned to play on. So I knew that guitar pretty well. The Vintage Lemon Drop is an incredible instrument, at a price that won’t break the bank!”

Vintage guitars are distributed worldwide by John Hornby Skewes & Co. Ltd., and the entire range is in your local Vintage stockist right now. For more information, visit the JHS website.