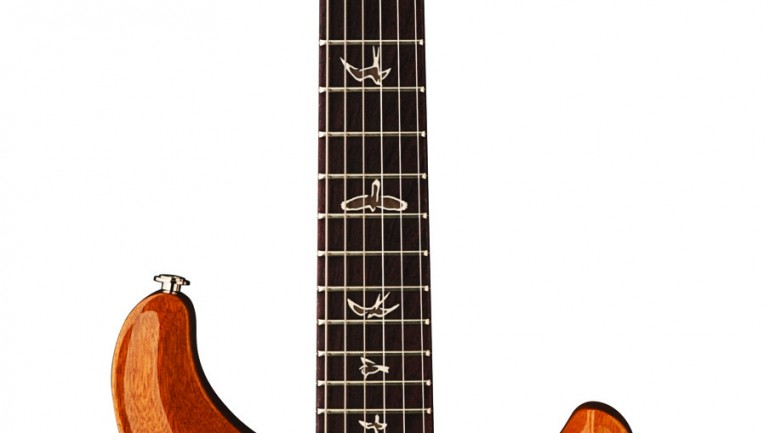 PRS 408 MT and 408 Standard are on their way to the UK. The first shipment of the stunning new models is expected in November 2012.

The guitars are built around PRS’s proprietary 408 pickups and have been created to bring the versatility and tonal character of the PRS Private Stock Signature and the Signature Limited Edition (both of which featured the pickups) to PRS’s ‘Core Line’.

The mahogany body/maple top MT and all mahogany Standard feature 25” scale length, 22-fret mahogany neck (with rosewood as an option), rosewood fretboard and birds inlays, PRS Phase III tuners and PRS trem (with stoptail bridge as an option). Hardware is nickel as standard, with optional gold or hybrid nickel/gold mix.

At the heart of the new model, the PRS 408 pickups were designed to extend the guitar’s tonal spectrum by increasing the focus of the bass unit (in the neck position) and the sound field of the treble (bridge) pickup. The desire to create the perfect pickup for each position lead to the unusual asymmetric design (wider treble and narrower bass) of the 408 pairing. With four coils and eight individual tones available via a simple-but-powerful three-way blade selector switch and 2 mini toggles, the 408 guitars deliver stunning articulation, clarity and versatility.

Headline Music’s Gavin Mortimer said, “The interest in the Private Stock Signature and Signature Limited Edition guitars was huge, so we’re really pleased that we’re now able to offer players the chance to experience the power and flexibility of the 408 pickups at a less expensive price point.

“These are truly great guitars and we expect demand for them to be very high when they arrive with UK dealers later in the year.”

The UK RRP for the PRS 408 MT and Standard is to be confirmed and will be announced closer to the models’ arrival in the UK.