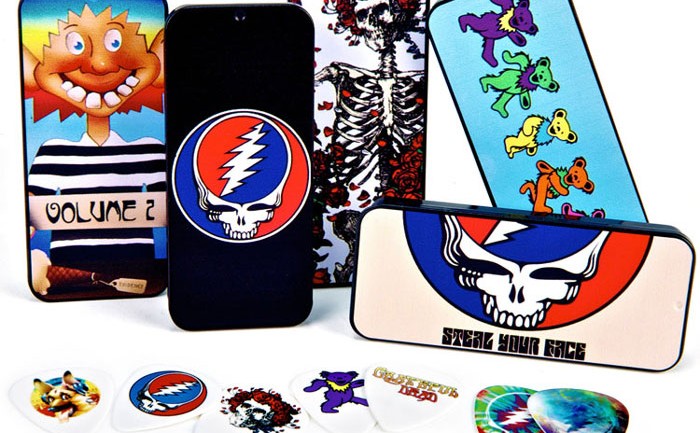 Dunlop have announced a Grateful Dead set of pick/plectrum tins to live alongside the Hendrix and Cash themed tins released recently.

Check out the latest Dunlop pick tins featuring iconic Grateful Dead artwork, including: Steal Your Face, Skull and Roses, the Dancing Bears, and the Stanley Mouse-designed cover art from the Europe ’72 Vol. 2 live album released in September of this year.

“We are excited to partner with Dunlop, the leader in guitar accessories, to create a line the Grateful Dead fans will love,” said Sara Nemerov, Senior Vice President of Consumer Products and Brand Licensing at Rhino Entertainment.