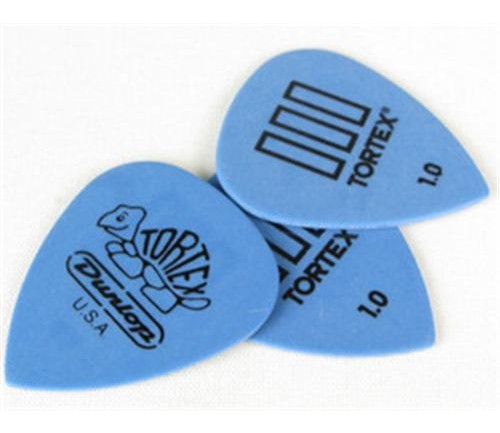 This review was submitted by Guitar Jar contributor: Ed Peczek

It’s funny how the little things can make such a huge difference to your playing.  The little things in this case are plectrums.  They come in all shapes, sizes, weights and materials, which can often make it difficult to know which is right for you.

If you’re a beginner guitarist it’s unlikely that you’ll know what to look for in a plectrum, which makes selecting the right one all the more difficult.

I’ve listed some of the main types of plectrums below, along with a short description of what they might be best used for.  You’ll notice that some plectrums are better for strumming, where as others are designed for picking.  Jim Dunlop are one of the main manufacturers of guitar plectrums, so for ease of comparison I’ve selected plectrums from their range. 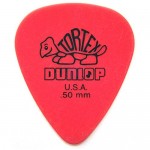 This is the traditional plectrum shape and is made of a material called ‘Tortex’.  These plectrums come in a variety of gauges (sometimes referred to as ‘weights’).  The smaller gauges (.50mm to .73mm) are better suited to strumming, where as the larger gauges (.88mm to 1.14mm) are better for picking single melody lines.

The tortex material produces a balanced tone and will be suitable for most styles of music.  The shape of this plectrum is the traditional guitar pick shape and is suited to general use (i.e. picking melodies and strumming).  Jim Dunlop also make tortex plectrums in other shapes and sizes, so if you like the feel of this material it might be worth trying out a few different shapes to find your favourite.

This plectrum is a good place to start if you’re a beginner. 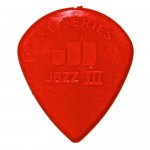 The first thing you notice about this plectrum is that it’s much smaller than most traditional plectrums.

It has a sharper tip which delivers a quicker release than the standard plectrum shape.  Because of this, these plectrums are better suited for playing fast melody lines.

Despite the name, this plectrum is equally suited to more progressive styles of music such as hard rock and metal as well as jazz.  Because of its small shape and application as a ‘speed pick’, you might want to steer clear of this plectrum if you’re a beginner.

This plectrum is highly recommended for those who are starting to play faster melodies and want a plectrum which can deal with the demand of multiple notes per second. 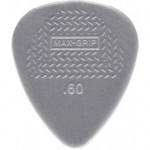 This plectrum offers a better grip courtesy of its textured surfaces and is shaped in the traditional plectrum shape.

A common complaint of beginner guitarists is that the plectrum slips out from between their fingers and ends up pointing at an odd angle.

This plectrum helps to eliminate that problem by offering a little extra grip.  This helps you to relax the hand a little bit when playing, which is always a good thing.  A tense hand can cause all sorts of problems when strumming, which makes this plectrum ideal if you struggle with this aspect of your playing. 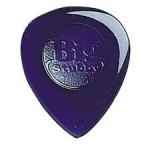 A similar concept to the Jazz III plectrums, the Stubby is smaller in size than a regular plectrum, has a sharper point and is thicker than traditional plectrums.

The difference between the Stubby and the Jazz III is that the Stubby has contoured sides, which make for an even faster attack/release than the Jazz III.

The Stubby is made of a material called ‘Lexan’ which is smoother and harder than the Jazz III.

This creates a brighter tone and most feel it is more suited to rock/metal than jazz.  If you want a plectrum which will deliver fast attack and will cut through the rest of the band, this may be the one for you.  Not recommended for beginners, as they can be difficult to hold onto if you’re still getting used to playing with a plectrum, however these are great for intermediate/advanced guitarists.

There are thousands of other plectrum designs out there and it may take a little while before you find one that feels right for you.  Hopefully the descriptions above will give you some idea of what you should be looking for, however nothing beats hands on experience so get yourself down to your local guitar shop and try a few out!

This review was submitted by Guitar Jar contributor: Ed Peczek

Ed Peczek is a professional guitarist who performs all over the UK as a solo guitarist and session musician with various bands. He provides private guitar lessons in Manchester and also runs a beginner guitar course for adults and children.

For more guitar lessons and advice on learning to play the guitar, please visit the website: