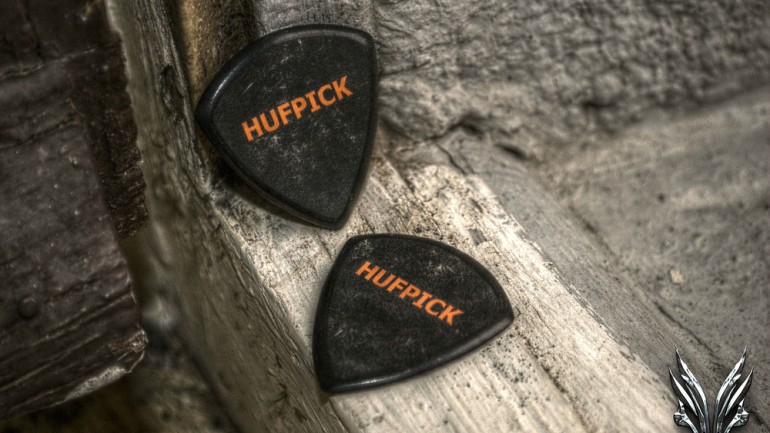 This review was submitted by Guitar Jar contributor: Leoseanster

We guitarists are a strange species indeed. Much like those golfers.

Don’t deny it – those of us who have unconditional love for the instrument and practice at an excessively regular rate have had, at one point, a thousand different picks lying around the house. The reason? It affects tone, we say; it makes me play faster, we say; it makes me sweep better; we say.

…This is the definitive guitar pick…

Regardless, one standard issue remains. They all last for about as long as a small delicious cheeseburger. A couple of bites in, and you find that you gotta get another one to sate that appetite.

Jokes aside, this was a huge problem I encountered during all my years of playing the guitar. Any pick I got just would just bevel immensely and lose its character after a few hours of practising or spirited gigging, and I started to wonder if that was the ill fate of all potential wood-shedders out there …until I stumbled upon Patrick Hufschmid’s website.

At first, I retained my scepticism. I thought, here is another luthier who showcases such majestic works of glorified wood. I must probably wait till 2053 to be next in line or to even receive a response. Alas, I received a reply in thirty minutes…let that sink in for a moment.

More quickfire e-mails were exchanged and apart from realising what an amazingly nice guy Patrick was, I found myself ordering two picks, a PHD jazz type and a PHD attack, and received them in the mail after a few weeks. Damned airport customs.

The first thing I realised was how big these picks were, 3mm thick and way larger than any typical plectrum. Now, being used to 0.88 to 1.40mm picks, it took a while for me to get used to the thickness, which also led me to think that it would be less mobile than its smaller counterparts. But that’s when I started playing, and any doubts of potential clunkiness ended there.

It was a fast pick. Though being that gargantuan 3mm, it has bevelled edges that taper into a sharp point, making for a very gratifying ‘release’ off the string.

Players who are accustomed to playing picks such as the Dunlop Ultex Sharp, Tortex Sharps, or even the Jazz IIIs will feel right at home here.

Crossing strings felt easier and due to the pick’s material and thickness, it didn’t ‘give’ to the strings, ensuring that no excess motion is required when going into faster passages and runs.

Riffing was also smooth and it accommodated alternate and economy/sweep picking equally well. Every picked note sings articulately and depending on your grip, pinch harmonics may come off scream-ier.

Typical accolades aside, the attributes that sold me into these picks were the durability and toughness of the material used.

Patrick himself said that it takes almost an hour to craft a single pick, and you can see why. I was pushing the pick hard – playing through countless runs with a metronome, riffing with vigour, and not withstanding jamming to my favourite tunes from my favourite bands.

After all that, I expected for the pick to at least ‘scratch’ on the bevels from playing so much on the wound strings. But no, nothing, there weren’t any signs of wear at all.

The pick would always retain its character and precision. Ultimately, this means that the 16th note sextuplet run at 170bpm you pulled off today can also feel the same way in a week, something you’d need to burn through 5 more picks otherwise to ensure the same consistent feel.

This also justifies the price of the pick as the other review here has already stated, being a daunting 16 euros (around $21) a piece. Think about it though, a single PHD pick will more than likely outlast the 20 or so generic picks you buy with that same amount of money, and in that sense it provides a fantastic return for value.

One thing that I have to say though is that this pick may not be suitable for all types of players and playing styles.

The more experienced players will know what I’m talking about, as I’m referring to those acoustic guys and girls out there who tend to utilise a lot of strumming in their playing.

As aforementioned, this pick does not offer a lot of ‘give’ and flexibility being as thick as it is, and therefore is not recommended for that hearty strum across all 6 strings of an acoustic guitar less you wish to have strings ricocheting off the guitar body like steel whips.

This is UNLESS you absolutely know what touch to apply and/or if it’s the desired sound you’re after.

I say this as more of a disclaimer for the discerning beginner than the seasoned singer-songwriter or shredder, and it may even be common sense for some of you, but I’m just putting it out there for those who do not have much experience with how picks react with certain stylistic approaches on the guitar.

I think I’ve said all I can about this pick, and I find myself wondering again – corporate greed and profitability aside – why can’t all picks be made like this?

This is the definitive guitar pick, the one pick that I will compare all others to from now on with respect to their clarity, ease of motion, and durability.

As I write this review, I’m already contacting Patrick again to purchase more of his picks and to discuss a potential investment in one of his beautiful guitars (watch this space for a potential review on that).

Now if you’ll excuse me, I’ll be back to playing more gratuitous licks with my new pick.

Definitely better than a delicious cheeseburger.

This review was submitted by Guitar Jar contributor: Leoseanster