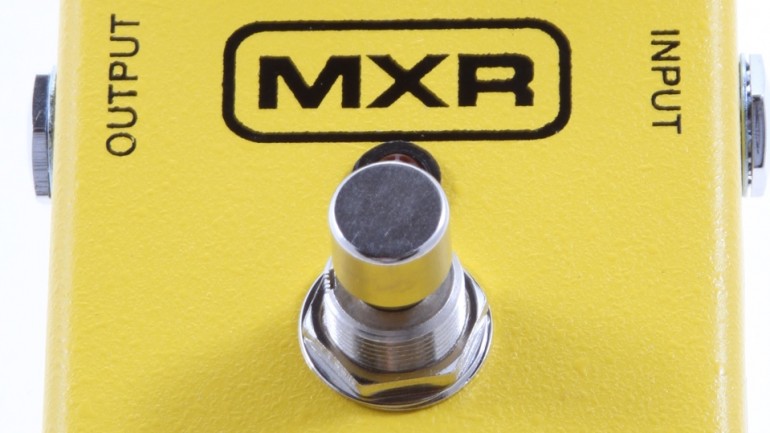 This review was submitted by Guitar Jar contributor: Arvin

I have always been attracted to the MXR brand since I first started listening to Ozzy Osbourne and my personal guitar inspiration, Randy Rhoads.

When I discovered his rig set up I immediately wound up buying the Distortion+, cranked up both knobs to its max and plugged it into my Gibson and Marshall, finding myself with an insane classic heavy metal tone.

I haven’t left this thing out of my rig since.

…one pedal I cannot go without… 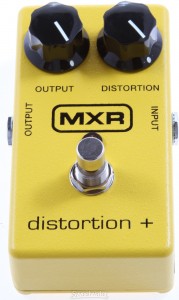 The MXR Distortion+ comes ready with only two knobs, Output and Distortion, Output controls the effect output level, while distortion controls the level as well.

It along with many other MXR pedals I’ve seen does not come with an AC adapter or battery but they are cheap enough to get anywhere. Using this pedal you can play anything from a Eric Clapton Cocaine tone to Randy Rhoads Crazy Train feel.

Hands down I have never found an easier pedal to use in my life. The two knobs give plenty of experimenting in tones without overwhelming the options to crazy lengths.

The Distortion+ has made my guitar sound explosive, the distortion I get from this pedal could never come from any other.

The ONLY downside I can find to this pedal is the large quantities of static I get from cranking the Distortion which I find understandable.

Even with a noise clamp I still find some static left when I am not playing, though with quick taps turning the pedal on and off I can remove the entire situation.

After owning the Distortion+ pedal for a couple of years now, I’ve noticed compared to other pedals that this one doesn’t use up batteries as fast as say the MXR Carbon Copy or my CryBaby.

I’ve used it in countless jams and every gig that has come my way. and I’ve never experienced a fault in its design.

If there is one pedal I cannot go without, it’s the MXR Distortion+.

The simplicity of having only two knobs: Output and Distortion enables any player to find the right tone for themselves without the overwhelming feeling of customization I have experienced in many other pedals.

I’m seriously a major fan of this pedal though I’m not huge on other MXR equipment.

This one has got to be on any rocker’s radar if they are a fan of that late 70’s and 80’s heavy metal tone along with anyone who loves Randy Rhoads.

If your looking looking for a diverse rock pedal, I’m positive this would be your match.

This review was submitted by Guitar Jar contributor: Arvin