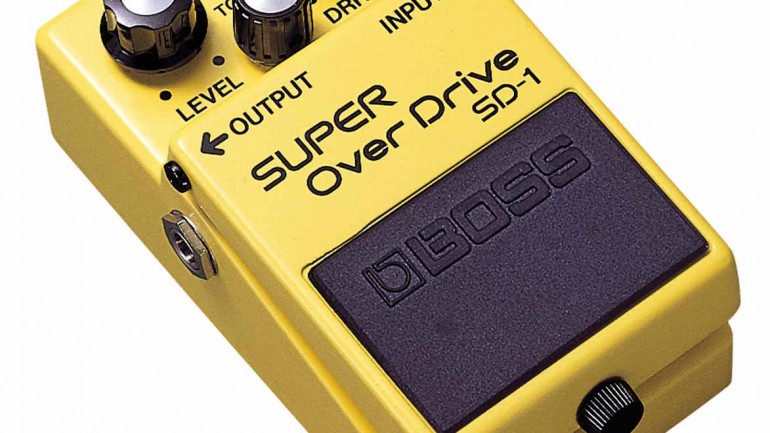 This review was submitted by Guitar Jar contributor: Stephen Scelfo

I bought the Boss SD-1 because I needed something to boost my solos.

…I’ve tried other overdrive pedals, but I always seem to come back to the SD-1…. 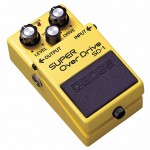 I read a lot of reviews and saw that a lot of professional players have used the Boss SD-1 at least once in their career. I found out that this pedal is more than just a one trick pony and is worth way more than the $50.00 that I paid for it.

The Boss SD-1 is a medium gain overdrive that is very versatile.

It has a level knob which lets control how loud the pedal is, a gain knob for the amount of saturation you want, and a tone knob that will allow you to cut the high end when it’s turned back and give you a bright sound when it is turned up.

You can use it to boost a dirty guitar tone for leads or really crank it up on a clean channel to get those crunchy rhythm sounds.

The SD-1 doesn’t color your guitars sound so you get a really pure signal. Overall I would give the Boss SD-1 a 10/10 because it is affordable, versatile, and sounds great!

It can be run on either a 9 volt battery or a regular Boss power supply.

The pedal sounds great on any setting. I originally bought it because I needed something to boost my solos. Well I soon discovered it can be used for many other things too and it does all of them extremely well.

For boosting solos, the SD-1 gives you a nice volume boost and a bit more saturation.

As stated before the pedal does not color your tone. If you want to use the pedal as an independent overdrive in a clean amp, it is great for getting crunchy rhythm tones and even medium-high gain lead tones when the level and gain are fully cranked.

It also sounds good when the level is down and the gain is cranked, so you can get a cranked amp sound without waking the neighbours.

The pedal is built like a tank. I’ve really given it a beating on stage and it shows very few signs of wear. As for performance wise, it still sounds great.

I’ve tried other overdrive pedals, but I always seem to come back to the SD-1.

It maybe because it was my first overdrive pedal, but I have tried some really high end pedals for Fulltone and Lovepedal and it really gives them a run for their money.

This review was submitted by Guitar Jar contributor: Stephen Scelfo