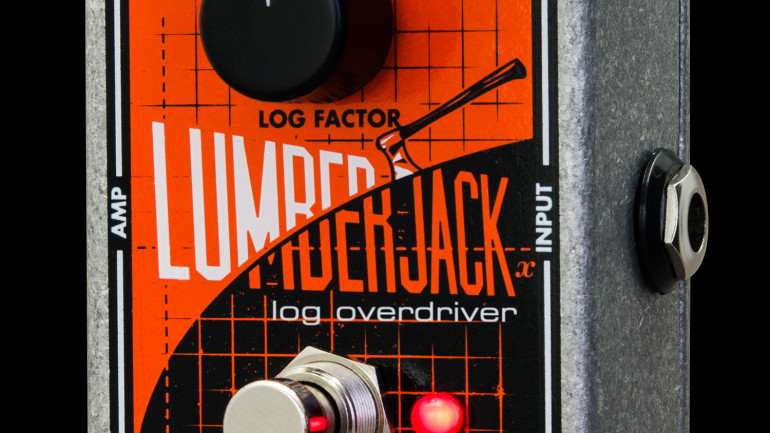 With the new Lumberjack, Electro-Harmonix set out to rethink overdrive pedal design and this logarithmic OD breaks all of the rules to deliver distortion with a character that’s uniquely EHX. 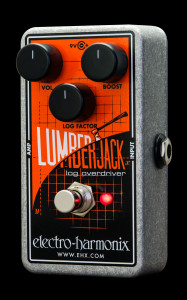 A standard overdrive pedal reacts predictably in that the distortion it delivers goes up linearly in direct response to the guitarist’s volume and playing dynamics.

A little explanation is required: On a linear scale, a change between two values is perceived as the difference between those two values.

The resulting overdrive is very reactive to the player’s volume and dynamics and its response ranges from a powerful clean boost to torn-speaker rasp and up to gritty distortion.

The control layout includes Volume, Log Factor and Boost knobs. Volume sets the overall output level of the pedal while Boost adjusts the input signal of the instrument.

The Log Factor controls the amount of logarithmic distortion.

Check out the video: