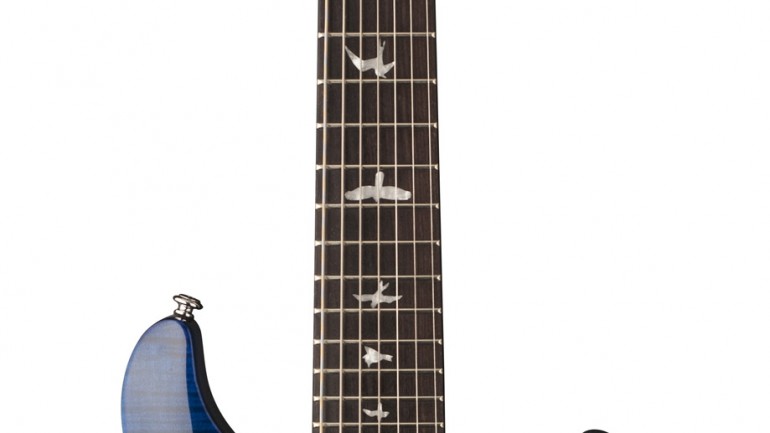 PRS Guitars has unveiled its first ever production 7-string model, the SE Custom 24 7-string, with stocks expected in the UK in early 2013.

A plate-style, string-thru-body bridge ensures tuning stability, while tonal duties are taken care of by a pair of PRS SE HFS and Vintage bass humbuckers. The HFS (modelled on the Maryland-made unit of the same name) is a powerful pickup with clear highs, strong mid-range and developed low-end, while the Vintage bass in the neck delivers warmth and clarity in the high-mids, ensuring versatility to suit many musical styles.

The SE Custom 24 7-String will be available in Royal Blue and Vintage Sunburst finishes, with prices to be confirmed closer to the model’s arrival in the UK

Gavin Mortimer from PRS Guitars UK distributor Headline Music Ltd said, “there is already a great deal of excitement surrounding the new SE Custom 24 7-String, and it’s going to be a very popular addition to the SE range.

“Obviously we expect metal players to be particularly interested, but the guitar’s tonal range means it’s perfect for any guitarist looking to explore the possibilities that a 7-string offers in terms of chord voicings and low riffs.”