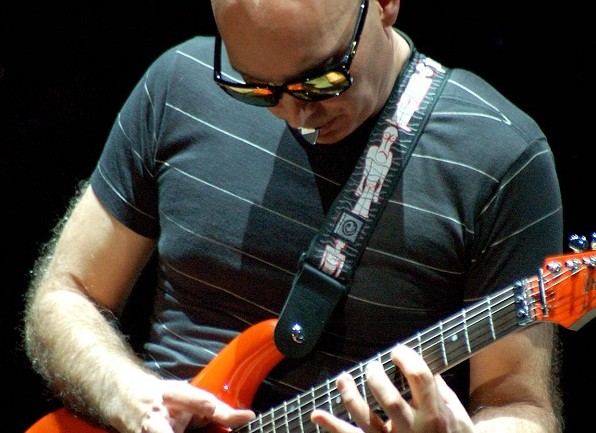 CinemaLive is excited to announce that Joe Satriani, one of the most respected and innovative guitarists in the world today, will release his live-concert film, Satchurated: Live in Montreal.

Satchurated was filmed live during Satriani’s “The Wormhole Tour”, supporting his studio album Black Swans and Wormhole Wizards at the Metropolis in Montreal, Canada. The concert was filmed by GRAMMY and EMMY award-winning concert filmmakers Pierre and Francois Lamoureux.

Satchurated: Live in Montreal will be released in selected UK theatres on March 6, 2012 for one night only.

With a total of ten cameras working to capture the sold-out concert, Satriani’s musical best was recorded in both 2D and 3D HD formats.

The high-definition filming makes Satriani’s play as much a pleasure to watch as it is to hear. Every chord change is captured and presented as if one were experiencing a living room concert of your very own!

Fans of “Satch” will be eagerly awaiting the film’s worldwide release in March 2012 with theatrical presentations in both 2D and 3D formats.

Over the last two decades, Satriani has travelled the world, playing to sold-out crowds as both a headliner and as founder of the all-star “G3” guitar extravaganza.

His studio and live recordings have sold more than 10 Million copies worldwide to date and of his many solo albums, two have gone platinum and four others went gold, with 15 Grammy nominations between them.

In late 2010, music sensation Nicki Minaj sampled the classic Satriani song, “Always With Me Always With You” in her song, “Right Through Me” from her multi-platinum debut album and in March 2012, Satriani will revive his “G3” Tour ‘down-under’ when he is joined by fellow legendary guitarists Steve Vai & Steve Lukather for a Spring tour of Australia & New Zealand.

Satchurated: Live in Montreal will be released in selected UK theatres on March 6, 2012 for one night only. For participating cinemas and local session times, please visit www.cinemalive.co.uk.