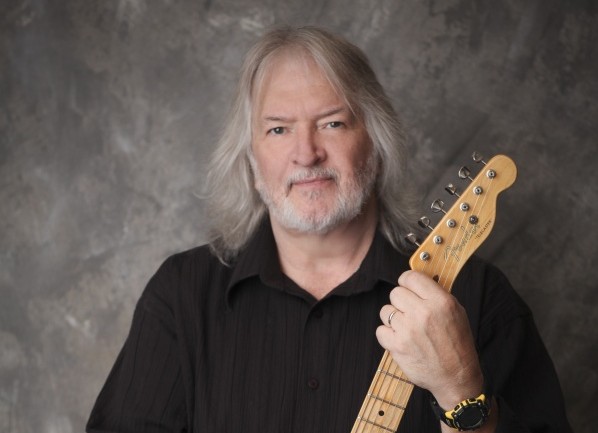 Prestigious music publication Vintage Guitar has announced that  Seymour W. Duncan, will be the 2011 Hall of Fame inductee in the “Innovator” category.

The results will be announced in the magazine’s March, 2012 issue.

The award is bestowed by the magazine’s readers, who voted overwhelmingly for Seymour.

Seymour is widely regarded as the world’s leading authority on pickups — the guitar components that translate the vibration of the instrument’s strings into meaningful electronic signals that can be amplified and recorded.

Pickups define the sound of an electric guitar — they are a crucial component of its “voice.“

“Seymour W. Duncan didn’t invent the electromagnetic guitar pickup,” observes Vintage Guitar publisher Alan Greenwood, “but he has done more than anyone to make known just how critical the pickup is to guitar tone.”

Meanwhile, the company he started in 1976 with Cathy Carter Duncan has provided countless players with great-sounding pickups and unrivalled technical expertise.

Throughout his teens Seymour played in bands and repaired instruments, first in his native New Jersey and then in Cincinnati, Ohio. By the end of the ’60s he’d relocated to London, England, where he worked as a session player and repaired guitars for the leading lights of British rock.

In one particularly memorable collaboration, he created a custom guitar for Jeff Beck, who used it to record the Grammy-winning Blow By Blow album.

The pickups in that legendary guitar exemplify Seymour’s magic: They could only have been crafted by someone with extraordinary insight into vintage designs, yet they were not literal replicas. They boasted the warmth and musicality of classic pickups while offering increased output and clarity.

Eventually one of these pickups was recreated as the Seymour Duncan JB model, and it became world’s best-selling replacement pickup.

Seymour eventually returned to the States and together with Cathy Carter Duncan started the Santa Barbara-based Seymour Duncan Company in 1976.

By then, the quality of guitars was in decline as the major manufacturers cut corners and lost touch with their former craftsmanship. But thanks to Seymour Duncan pickups, players could customize their guitars and obtain tones rivaling those of classic instruments.

Seymour and his team safeguarded the expertise of the past while unveiling innovation after innovation, from noise-free pickups to louder, more aggressive pickups suited to emerging hard rock and heavy metal styles.

He also worked with his crew of tone engineers to create bold new designs for bass and acoustic guitar pickups, as well as cutting-edge amplifiers.

Seymour still spends most days in the Custom Shop, experimenting relentlessly and refining new ideas. And he still gets a thrill from collaborating with musicians and helping them obtain the sounds of their dreams.

“I can’t tell you how honored I am to receive this award from Vintage Guitar’s readers,” says Seymour. “I just feel like the luckiest guy in the world, getting to work with such a great team of talented people, and doing what I’ve loved to do ever since I was a kid.”