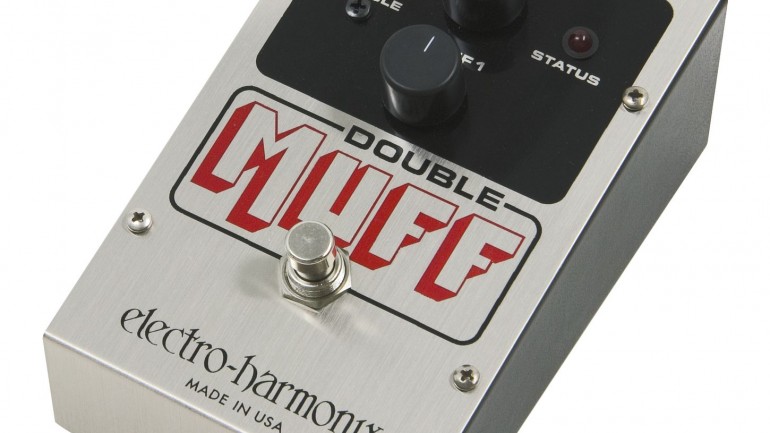 This review was submitted by Guitar Jar contributor: Johna Burns

Initially, I was looking for an Electro-Harmonix Big Muff. The Big Muff is widely known and accepted into guitarists pedal boards, but one problem associated with the Big Muffs, are the size! 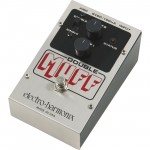 I hadn’t a lot of space on my pedal board to fit one of these monsters on, so I was looking for an alternative in the Muff family.

Due to sound clips, I realized I preferred the smooth, milky tone of the English Muff’n; there were two problems, size and cost!

Luckily I came across the name ‘Double Muff’, and decided to research more. I was hooked on this pedal, but there were little reviews, or demos of this mini beast!

I checked on eBay and found the original (slightly larger than the Nano alternative) for £25; as an impulse buy, I went for it, and haven’t regretted the choice!

Two Muff circuits (based on the earlier, vintage big muffs) with two knob controlling each muff individually. An on-off switch, to activate/deactivate the 2nd Muff circuit.

The layout is pretty straight forward, but the knobs are very touch sensitive, and can receive many tonal qualities by playing around.

The pedal also interacts with the intensity of playing (harder you play, the more gain) when on the first muff.

The double muff captures the essence of the Muff family, though this muff is very late 60s/ Hendrix/ Clapton sounding, like and overdriven tube amp, with added milky-ness!

This pedal however is very biased, based on pickup types, amps (solid-state/tube), it can act differently, also the volume of the amp can dictate what you get out of it; also on a solid state amp, the 1st Muff is not very useful, as it isn’t playing with any tubes, to get that warm sustain.

The sound has a transparency, meaning you can still hear the guitar output, making a shimmery sound, unlike a standard distortion.

A thing to point out is, you might not get that sustain like a normal Muff, when playing at mid/low volume.

To achieve that overwhelming sustain, I blend in a Boss Ds-2 Turbo distortion, to push the Double Muff even further!

As mentioned before, this is a very biased pedal, but physically, it is very sturdy, and won’t break anytime soon.

You can only get this version in Nano form, apparently they sound slightly different, but the Nano is much smaller, which was a bit unappealing, because at the end of the day, I wanted a Big Muff.

I believe my model is discontinued, but can be found on eBay, for a moderately cheap price.

This review was submitted by Guitar Jar contributor: Johna Burns