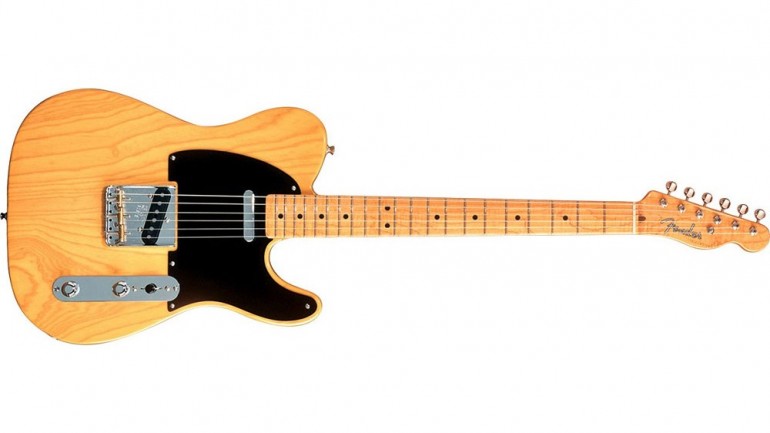 This review was submitted by Guitar Jar contributor: Robert

Over the years I have owned over 30 guitars and somehow, in some manner, sold, traded or in one instance, had stolen, all but 4 of them.

…What more do you need?…

Several of the guitars, had I patiently waited and sold them today, would have brought in enough cash to buy a Lear Jet with enough left over to fuel it for the rest of my days. I’m talking about a ’56 Strat, ’60 Les Paul Custom, ’57 Rickenbacker bass, ’51 Martin OM and a Les Paul bass that was 1 of 200. Maybe not a Lear, but you catch my drift.

The first electric guitar I ever owned however was a 1965 Natural Maple, Fender Telecaster with a Maple neck. I loved that guitar, but for some unknown reason traded it for the Les Paul.

On stage, I immediately discovered the difference between Fenders and Gibson’s. About 40 pounds or so it seems after 2 or 3 hours of holding a Les up. So, flash to current events and I have an Alvarez Yairi I truly love, a Fender Squier Telecaster, an old Yamaha G55 classical and a Fender CD100 I inherited.

Now the Squier is nice, but the mind always takes you back doesn’t it. “Sigh!”. Recently as I was coming back from a meeting, I saw a small guitar shop on an out of the way little side street.
As I walked through the door there, hanging on the wall was a spitting image of my first guitar, the Maple Tele.

I had to play it. It was the ‘Made in Mexico’ version and sounded as wonderful and felt as good as any electric guitar I have ever played. You know what happened next!!!

It has a single coil in the neck position, a Seymour Duncan at the bridge and a 3 way selector switch. What more do you need?

Some giant, chrome whammy bar to detune your strings? I think not!!!

There’s no way I could ever pass along in words, how wonderful this Tele feels in my hands!

It’s like it was hanging on the wall waiting for me. I feel I shall never need another! No, I really mean it this time. I’ve learned my lesson! No other women… I mean guitars!!! True blue! All for one and one for all! Pip, pip and all that!

I love my guitars and would never dream of abusing them! This one is so smooth!!!!

This review was submitted by Guitar Jar contributor: Robert