This review was submitted by Guitar Jar contributor: Anthony Evans

Guitar amplifiers have been in existence since the early 20th Century and have since become an essential part of an electric guitar rig. The amplifier itself serves the purpose of amplifying the low level output of the electric guitar pick-ups into a signal level that can drive a speaker cabinet.

Early guitar amplifiers were based around modified consumer hi-fi amplifiers, which were used to simply increase the signal level of a guitar signal so that the guitar could be heard over other, acoustically louder, instruments.

…There are downsides to Tube amps however, they are more expensive than any other form of amplifier, they require much more maintenance, they are not as robust as solid state amplifiers and they are incredibly loud…

Through experimentation with the distorting effects of pre and power amplifier gain stages, the electric guitar amplifier became more than just a means of increasing the volume of a guitar signal, it became an essential tone shaping tool that has drastically changed the timbre of the guitar sound.

Starting out with guitar amps 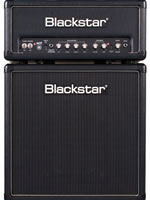 As a fledgling guitarist I started on the typical Strat copy (it was a Squire). Candy apple red with the usual entry level guitar traits, fairly high action, string buzz and countless knocks and dents from previous owners and I loved it. I didn’t want to start this article with a walk down memory lane, however it was my experience with my first ever guitar amplifier that inspired this series on the various methods of amplification that are available for today’s guitarist.

The array of options available for making your guitar sound like it does in your head are enormous, never has there been so much choice, from classic solutions to modern digital alternatives. There are options today that might even make the guitar sound like you imagined it should. Tube, Solid state, double rectifier, triple rectifier, software emulation, hardware emulation, digital modelling, digital modelling with tube pre-amps, speaker emulation…. The list literally go’s on and on with combinations of different methods and implementations.

As I said though, my first ever guitar amplifier was the reason for writing this synopsis of modern amplification methods. I often wonder how on earth I am still interested in music, guitars and all guitar related paraphernalia when I started on what had to be the worst piece of musical equipment I have ever used. Most people are put off guitar by the hours of practice, the callouses or the aching hands from weeks spent trying to play the perfect barred F major chord. For me I was almost put completely off learning the instrument because of that damn amplifier.

It looked kind of like a guitar amplifier, black with a speaker grill and the usual controls (although for the use of them they may as well not have existed at all) and I swear I would have been the next Satriani had it not been for the hours put off playing because of it (well that’s my excuse and I’m sticking with it). Seriously though the speaker would cover the full rice crispy range (snapping, crackling and popping) just from switching the thing on. With two volumes which were either inaudible over the self noise or distorted beyond recognition it did not make for very happy practising.

…’Warm’ however is not quantifiable in terms of a scientific explanation and technically the preference in tube amps, especially tube distortion is due to its extremely non linear behaviour…

It wasn’t until I later received a multi-fx pedal that I realised ‘overdrive’ did not sound the same as ‘angry wasp in small jar’. But my experience with that amplifier makes me wonder how many others are put off from poor sounding amplifiers, which is a genuine shame as there really isn’t any need for beginners to be stuck with these poor standards when first starting out.

I don’t especially want to get into the tube vs solid state vs digital modelling debate as a subject, especially having recently written a dissertation on the area, however when considering your guitar amplifier options there is going to be a choice between which route you take which will be based largely on a few things: How much money you have, how much room you have and how easily influenced you are by sales men.

Over the coming weeks I will write about some of the options available to guitarists starting with:

The traditional route is of course some permutation of a Vacuum Tube amplifier or ‘Valve’ and for the beginner there is a current trend by amplifier manufacturers in producing low watt, low output valve combos which can range in power from as small as ¼ of a watt to 15 watts. I myself own a 10 watt valve combo and it is a fantastic amplifier especially for clean tones and can be over-driven using pedals to achieve a great distorted tone. It is especially good for electric blues as the over drive can be backed off and there exists a lot of clean headroom.

It is currently my favourite amp for the studio as I can crank it full and not exceed the limits of soundproofing which would be impossible with a 100 watt valve stack. I really think these small valve amps are recording studios big secret in getting some classic guitar sounds. It is a common rumour that even Jimmy Page, famous for his Marshall stacks on stage used much smaller tube combos in the studio on many of the Led Zeppelin albums. Valve amps are also great as they supply subtle dynamics in tone which can be taken advantage of by players who appreciate the concept of backing off the pick attack or guitar volume.

There are downsides to Tube amps however, they are more expensive than any other form of amplifier (even though they use the oldest technology), they require much more maintenance, they are not as robust as solid state amplifiers and (this depends on your situation) they are incredibly loud. In terms of gigging then the last reason doesn’t really count, but for practice amps even my 10 Watt combo is about 10 times too loud.

The reason valve amps are often preferred is a complex topic, and I am sure that part of the love of the glowing tubes is due to our perception of guitar sounds. All the classic rock albums and blues tracks that I grew up listening to will have used tube amps, and I know that, therefore to get that ‘warm’ sound a tube amp is considered necessary. ‘Warm’ however is not quantifiable in terms of a scientific explanation and technically the preference in tube amps, especially tube distortion is due to its extremely non linear behaviour. All this means is that as an input signal (from the guitar) is increased in gain, the output doesn’t map to the exact same value, which leads to additional harmonic content being produced.

Each tube stage will have a specific effect on the frequency content of an input signal as well as increasing the overall volume of the signal. Tubes after all were first designed to simply amplify a signal not distort it in the way that guitarists use them. I will go into more detail on the technical aspects when discussing the way in which digital amplifiers attempt to mimic the non linear characteristics of tubes.

If you are interested in the science behind tubes in greater detail check out this link which details the basic operation of vacuum tubes and common differences between triodes, pentodes and tetrodes. Valve amps may seem appealing but at the early stages all other options should be weighed up accordingly, a tube amp will not make you sound like anyone other than yourself just as any piece of equipment will not make you sound like your guitar hero.

Next up… Solid state amplifiers, Digital modelling and hybrid amps!

Anthony is a graduate in Music and Audio technology with a passion for all things guitar. An experienced guitarist, bassist and mandolinist with experience with many other instruments, he has been teaching and performing for several years.